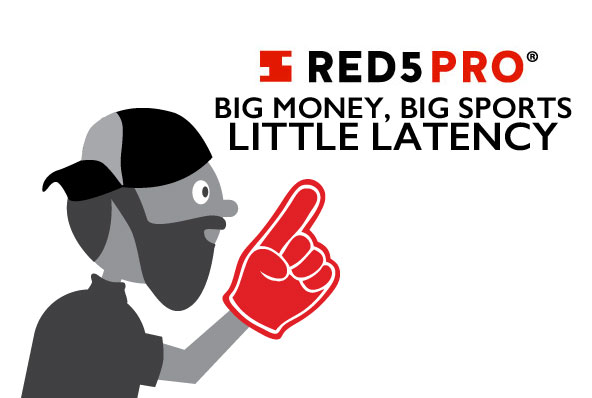 There's a ridiculous amount of money being thrown around the sports world. The big cable titans were the ones that traditionally clashed in the economic sports arena. However, with the much-discussed trend of "cable cutters" getting rid of their cable box once and for all, online streaming services are becoming more and more prevalent. Accordingly, companies are taking notice.

Facebook recently bid roughly $610 million for the rights to stream 5 years of the Indian Premier League games, the most popular cricket league in the world. This was second only to 21st Century Fox's Star India, who ended up paying a whopping $2.5 billion for the exclusive privilege. I enjoy sports, but that's a heck of a lot of money over a bunch of guys playing catch.

Twitter may have lost Thursday night football, but they had made a deal with Major League Baseball to stream Tuesday night games. Not to mention the 1,500 hours of eSports (video game competitions) they will cover this year. Beyond that, Disney's ESPN, along with all the major American sports leagues have their own streaming services as well.

Fans beyond the stadium walls form a large share of the sports market. According to Deloitte:

Over half of fans from each major sports league in the US are “displaced fans,” meaning they support teams that do not play in the state that they reside.

It's not just in the US either. Over 80 million NFL fans can be found outside the US. That's equal to almost 3/4 of the 115 million fans in the US. On top of that, any number of those US-based fans might live outside their regional fan base. Of course, there's also the challenge of creating new fans and spreading the sports audience as well.

One of the best things about sports is the sense of community they create. Watching the game is great but it's the shared experience that can make it better. So when you're watching the game you want to interact with other fans on Twitter or text with your friends (taunting, celebrating or otherwise).

The problem comes from latency (the delay from when the publisher broadcasts data to when the subscribers receive it). Twitter is instant but your live-stream is not. This could create a frustrating experience full of unintended spoilers which will aggravate the seasoned fan and confuse a new one. The best live-streaming experience is the one that can be as close to real-time as possible.

For those seeking to take advantage of this evolving market, Red5 Pro offers a fantastic platform for streaming live-sports. Our sub, one-second latency means you won't miss a second of the action, or taken surprise by any real-time updates. As sports increasingly blend together with social media, the need for real-time applications grows. The market is expanding and consumers are waiting for the next innovation. We'd love to help you build it.