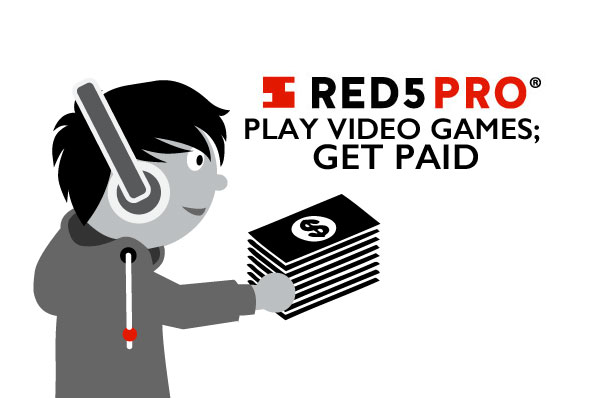 The championships have begun. Fans file into their seats, filling the stadium with electric anticipation. Viewers at home tune in ESPN to catch the action. The crowd jolts into cheers as the elite players enter the field and take their positions. Combat begins as the contenders spark into action. With finely tuned, reflexes and trained techniques, athletes maneuver their characters, mashing buttons and joysti-

Wh-whoa, wuh-wuh, whoa... hold on. Characters? Buttons? Joysticks!? What kind of sport is this?

Why a video game tournament, of course. And yes, it's really a sport. It's a competition involving highly developed skills and now, like a good number of other sports, you can actually make money playing it.

The Rise of Twitch

The success of Twitch, a video-game live streaming service, spread interest in watching video games. As their service grew (they currently have over 55 million users), individual gamers discovered an outlet to monetize their gameplay turning what may have been a leisure time hobby into a full-fledged job.

It can be a good job, too (even financially). Through donations or subscriptions, and a bit of ad revenue and sponsorships, some streamers can make a six-figure income. Take, for example, streamer Kristen Valnicek (KittyPlays) who dropped out of college forgoing a law degree and grew a fan base that now tops 850,000.

However, gamers have not been the only ones to take notice of the industry.

Corporations are jumping in with Amazon purchasing Twitch for $970 million. Furthermore, Disney and ESPN recently signed a multi-year, broadcast deal with Blizzard Entertainment (a major player in the video game realm) which includes the rights to air and stream the Overwatch League playoffs. It amounts to hundreds of hours of live and highlight programming across four networks including the flagship ESPN network and Disney HD.

We are turning the corner here in terms of our interest and engagement in the esports category. We've had an interest and have been watching pretty closely how the first year of the Overwatch League has been progressing, and we're really excited to be a part of this. ...this year certainly speaks volumes to our excitement and our enthusiasm overall for esports moving forward.

It's not just Twitch a la Amazon that is growing the video game community. In fact, MobCrush has taken extended the live-streaming experience to mobile games. That allows you to stream your gameplay from anywhere, building your brand and attracting sponsors. Considering that some of the professional gamers will up to 10 hours per day that is a very useful application.

Of course, that means you can subscribe anywhere too. Equally useful for both gamer and gamee.

It's not all about beating each other and making money though. Part of the ever-widening appeal of live-stream video games is the global audience it can attract. Subscribers and players can chat together giving feedback. However, there's one obstacle that stands in the way of a true live-streaming experience; latency.

Oftentimes the video and the subsequent commentary given by the player is ahead of what the subscribers see, so comments can come in staggered and out of order. Accordingly, after a perfect headshot, one might post an encouraging "nice job" only have it come across the screen after they were smacked down by an opponent.

Suddenly that compliment becomes more of a snarky remark.

Latency is the Key

Here's where Red5 Pro comes into play (literally). With our sub 500ms latency smooth and seamless gameplay is possible with fluid chats and more natural communication.

If you want to join in on the live-streaming action, let us know. Send us a message to info@red5pro.com or give us a call.