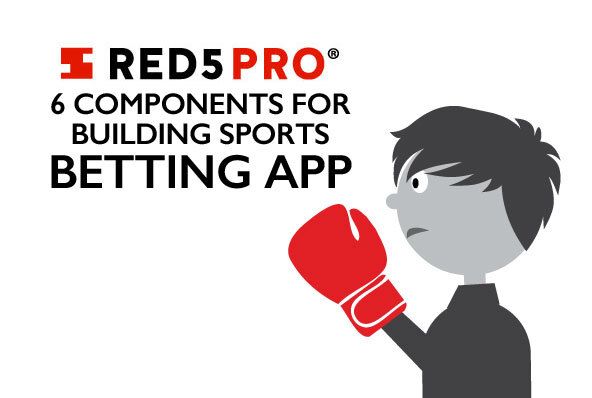 Placing bets on races, competitions, games and sports of all sizes and speeds (even competitive walking) started about as early as sports themselves. The great, great grandfather of all sporting events, the Olympics even had people betting on them from their ancient beginning all the way to today.

While it used to be that you needed to physically be at a casino or racetrack to hand your bet to a bookie, the internet has eliminated that need allowing for virtual casinos and arenas. Although Europe, Asia, and other areas have been open to online gambling for a little while now, the US is starting to loosen laws as well.

Nowadays, sports have global audiences with people tuning in to watch in great numbers. While COVID-19 has temporarily delayed live sports games overall, the long term effect will push more fans to watch it on a screen rather than in a stadium essentially accelerating the trends for live at home interactive streaming experiences. That makes video more than ever an essential component to watching and gambling on live sports. As Red5 Pro is a live video streaming software provider, we can share some more details on how exactly to do this.

Here are some key pointers to keep in mind when building your own live video sports betting app.

Perhaps one of the most important factors to live streaming sports betting, is ensuring that there is as small a delay as possible from when the event happens to when other people learn the results.

In fact, when the telegraph was invented it was used to wire the results to bookies ahead of when everyone else would find out. Telephones were used as well. The most famous of which was the “Blondie mob” where 5 young women used telephone calls, placed from the racetrack to an offsite bookkeeper, with coded messages to defraud LA bookies of over $1 million dollars.  This was still a concern even up into the 1960’s when “consistent improvements in telecommunications technology in the postwar years allowed racketeers to quickly, easily, and often untraceably transmit information about sporting events, which in turn enabled betting on the winners before information about the outcome was widely known.” [Source]

Just like placing a bid at a live auction, placing a bet on a live game is very time sensitive. For the person placing a bet, they want the ability to change it at the last minute if they learn something new. For the gambling organizations, they want to ensure that everything is fair. If anything is deemed to be unfair, consumers won’t want to continue betting and organizations could get in legal trouble.

What does latency have to do with gaining an unfair advantage? Live events might happen instantly but the process of streaming the footage of those matches, games, races, or contests can cause a delay known as video latency. That means that when a viewer watches a thrilling, last-second, game winning point, someone actually at the event already saw that happen and could text the results out before everyone else knows. That could lead to late betting and placing a large bet on the now known winner.

For example, footage from this year’s Super Bowl was often delayed by 28 seconds or more. That’s plenty of time for someone at the stadium to text their friend good bets to make and certainly no where near real-time streaming.

Phenix's measurement of the 2019 Super Bowl found the CBS Sports app to be best for streaming closest to real time. Source

Today, the internet has again sparked that same concern because of IP based video delivery. The traditional infrastructure of the internet relies on HTTP based protocols such as HLS with very high latencies of 10 or 20 seconds, and even higher. That’s plenty of time to gain an unfair advantage. Luckily, protocols such as WebRTC and SRT enable a latency of under 500 ms making the gambling world much fairer for the bettor.

Similarly, you need to ensure that the event broadcast and the associated is synchronized with real-time events to prevent spoilers both for the user experience and for preventing the aforementioned cheating issues. Data synchronization ensures that when the bet is placed according to what a bettor sees, it goes into the system at the right time as well.

With a latency of under 500ms, Red5 Pro has fast enough streaming that it essentially acts in synchronization as is. However, there are other ways to solve this such as NetInsight’s SYE product (now acquired by Amazon) that used a proprietary syncing technology to align HLS and DASH streams to make sure that video and data stayed in sync even with massive latency due to the HTTP protocol. This effectively solves for synchronization issues, but it neglects to solve for the overall latency problem. The SYE approach helps, but if you can solve both at once, then that’s obviously the more effective solution.

Further helping to ensure everything remains fair, you need to secure your event streams against any malicious hackers or unauthorized users who could share information.

To prevent hackers, it is important to encrypt your streams. Encryption is the process by which information is encoded into a format that makes it unrecognizable until it is decoded with a key. In this way, information can be securely sent over the open internet from a client to a server. Once it reaches the server it must be decrypted in order to be rerouted to other pipelines so it can eventually be read and understood.

While Red5 Pro uses WebRTC which encrypts all streams, what can be done about unauthorized users? Using Red5 Pro’s round trip authentication system, enables stream authentication before gaining access to the streams. This allows you to fully customize how access is given to users.

Sports are the epitome of large scale events. Across the ages, giant stadiums have held large numbers of fans enraptured by the action on the field. With the recent innovation of the internet an entirely new type of infrastructure is needed to support crowds that can vastly outnumber even the largest of venues.

While traditional CDN networks are often used to widely distribute content, they have increasingly proved unable to meet the challenges of live video delivery. More specifically, they fail to provide scalable, low-latency, live streaming with data syncing. In order to provide the best user experience, the challenge lies in scaling out to large audiences while maintaining real-time latency for the best user experience.

One way to solve this is by leveraging cloud networks to spin up new compute instances to create a cluster of media server nodes that deliver content without the caching mechanisms that CDNs rely on. Using this approach the platform can scale to millions of concurrent users while maintaining sub 500 milliseconds of latency. This WebRTC based delivery design creates an opportunity to broadcast large sports events to a virtual (and virtually unlimited) audience.

Ensuring that all your users on all of their various devices can access the stream is imperative. Building a sports gambling app requires SDKs such as HTML5, iOS, and Android. That enables your application to run on a variety of devices and browsers. A well designed HTML5 SDK will allow you to build a web app that can be run on a variety of browsers, including Safari on iOS and Chrome on Android.

Furthermore, there are other devices that enhance the live sports experience. You might want to support video based IoT devices as well. Drones, VR headsets and IP cameras, can all enhance the live video streaming experience. New camera angles with drones can help you see the field from a players’ perspective not to mention the advantages for security surveillance.  More immersive experiences could be possible with virtual reality environments making fans feel like they are back in the stadium or right on the court.

The type of protocols that your application uses is also important. While modern protocols such as WebRTC or RTSP will give your users the best experience possible, it is important to have fallback options for legacy systems as well.

For example, Red5 Pro uses an HTML5 SDK and WebRTC to provide sub 500ms of latency live video streaming directly in browsers without the need for any plugins. It also uses RTMP and HLS fallback for devices that don’t support WebRTC. This way a variety of subscribers or broadcasters can use the application. Furthermore, the Red5 Pro restreamer plugin lets you grab streams from IP Cameras and feed them to other devices running MPEG-TS, SRT or RTSP. Finally Red5 Pro’s Mobile SDK allows you to build compelling live video sports betting apps natively for Android and iOS while gaining further capacity on your server infrastructure.

Customization is important not only to make your product stand out, but for basic effectiveness as well. Conforming a pre-built off the shelf product to the exact shape of your needs doesn’t always work as well as needed. Not to mention that product lock-in is something wise to avoid. You need a solution that lets you build what you want with no restrictions.

We already mentioned security issues. Security, by its very nature, requires a high degree of customization. If everyone had the same key that would make locks kind of pointless, right?

There is also the concern that rule changes and court decisions can positively or negatively affect the standards around sports gambling and how it can be conducted over the internet. You want to be in a position where you can quickly react to any changes; adjusting your application to be in compliance or manoeuvring to offer a new feature.

Red5 Pro was built to be customizable. Rather than a standalone product, it was designed to provide all the tools necessary for you, the developer to build your own sports gambling app. A flexible API locks into any back-end enabling a great degree of customization. This gives you the freedom to port your application over to another hosting provider if they don’t support what you need. “Port” is the keyword here as you don’t want to tear everything down and have to build it all up again.

Each country can have their own rules and regulations as well so flexibility in implementing those changes is important. You could use Red5 Pro’s autoscaling solution to configure server clusters in different geographic areas to accommodate different sets of rules.

To make Red5 Pro even more flexible, if we don’t support something that you need right out of the box we can build you a new feature with a custom work contract. Or have us work right alongside your development team under our Enterprise plan.

Looking for more information on building your own live video sports betting app? See what Red5 Pro can do for you. Send an email to info@red5pro.com or schedule a call directly.