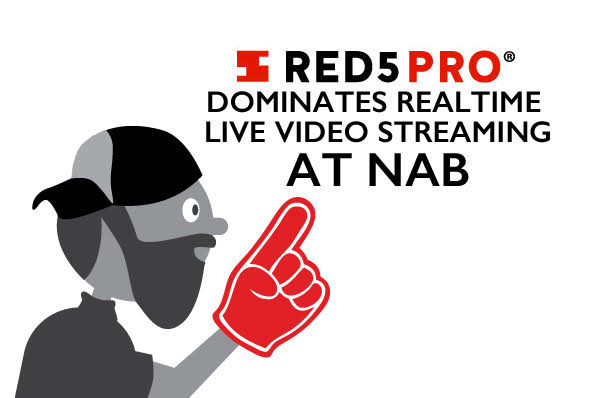 As we mentioned in our last post, we spent part of last week in Las Vegas for the NAB 2019 conference, where we featured the debut of our 360 video player. It looked amazing (as expected) and we are very proud of our team for pulling that off.

However, that certainly wasn't the only exciting thing there. Limelight took home the "Best in Show" award for their white-label of Red5 Pro software. Continuing to demonstrate how our technology is leading the industry forward. In fact, their demo featured a live-stream between Las Vegas and Paris with under 400ms of latency; all the more impressive considering the overburdened and sluggish internet connectivity.

In the time we weren't staffing the booth (or admiring our own work), we took the chance to inquire about what else was going on in the world of live-streaming. It's an always-evolving market and you can only maintain the lead by knowing what's around.


High Regard for Low Latency

Circulating around NAB was a general sense of the growing importance of latency. Specifically, many companies were emphasizing their "ultra-low" or "super-low" latency. Live streaming is highly dependent upon this latency so it makes sense that others are starting to catch on.

Problem is, their actual latency was 2 seconds or higher.

Considering that Red5 Pro offers sub 500ms latency, that pretty much disqualifies anything over 2 seconds as low, let alone "ultra-low."

Of course, there is also the issue of scalability. Two seconds of latency might not be a deal-breaker for some use cases, but if the lag increases with the number of users, that will certainly impact the user experience. No matter what the latency is, if it doesn't scale then it won't work in the real-world.

The one company that did stand out was THEOPlayer. They showed an interesting new protocol that they are developing called HESP. Their demo showed about 400 ms of latency (as shown in the picture below), but it was run locally which does not represent a real-world use case. As it is in the very early stages of development, the beta version is an experiment. Questions about scalability and consistency still remain, but we are excited about what they might do in the near future. 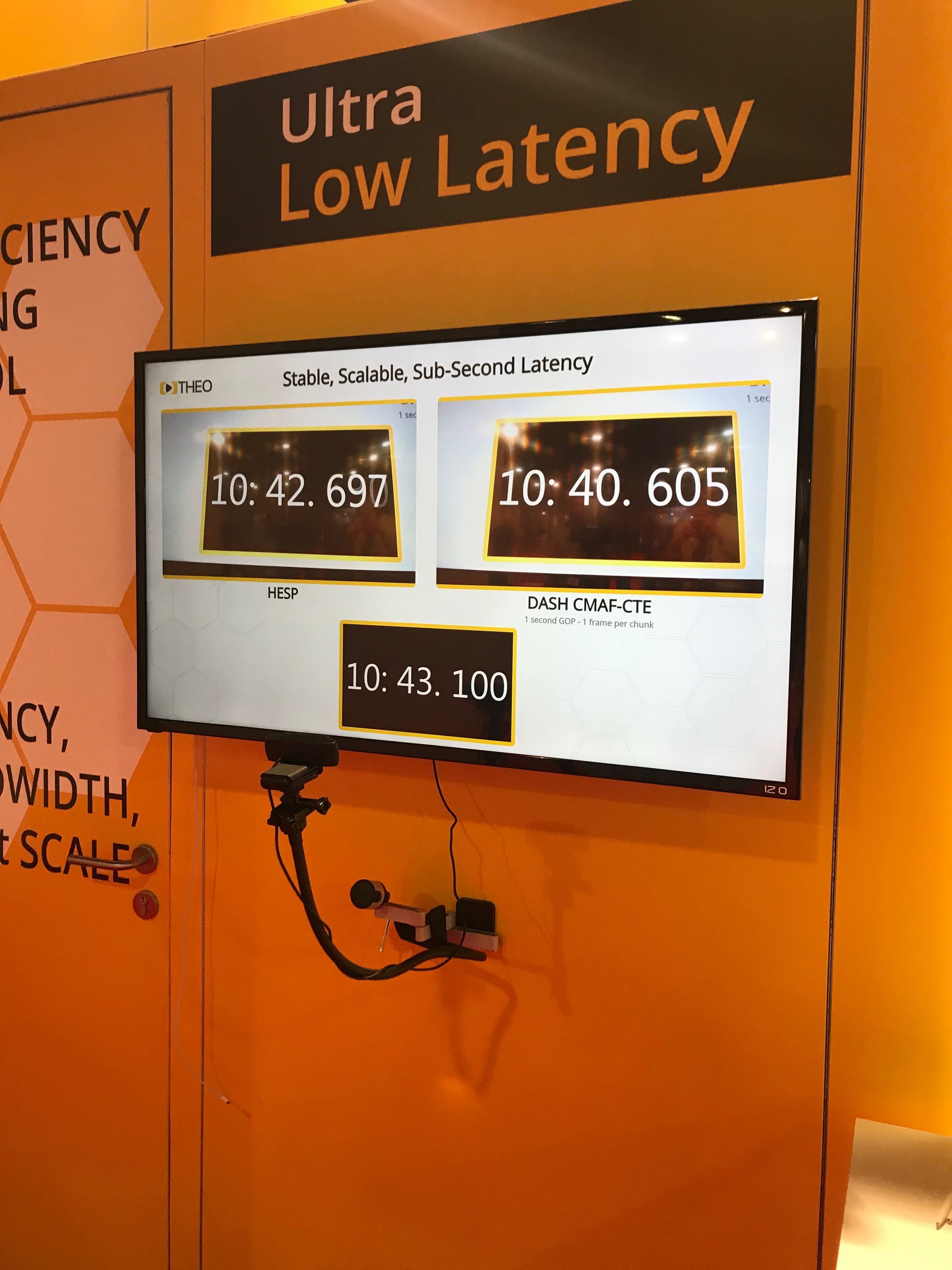 THEOPlayer demo: Timer on the bottom is the actual current time. On the left is a playback of their new HESP protocol, and on the right is CMAF (the same protocol that Amazon used in their demo)

All that aside, there remains the thorny issue of how it works. Namely the protocols that are used. Some solutions (such as the above mentioned THEOPlayer) rely on entirely proprietary protocols, baked-in to their system. While it might work effectively in their specific environment, there could be problems outside their sandbox.

That would restrict flexibility as you are bound to one specific platform. There's not much transparency when the software you are using remains sealed behind closed doors. However, we should be mentioned that, according to their CTO Pieter-Jan Speelmans, they are planning on opening the protocol for the industry at large. Also of concern is the matter of getting locked to their hosting provider as well.

The alternative to this is to use a solution built on standard, widely accessible web protocols such as WebRTC and RTSP. That opens up your solution to connecting with other applications to build new features, rather than trying to splice-in an entirely new and experimental protocol.

For example, Singular.Live has partnered with Red5 Pro to implement a graphic overlay. This enables a visual layer over a live stream that can be updated in real-time, such as sports scores, or news headlines. As Red5 Pro was built on standard web protocols, this made for an efficient partnership.

If you missed us in Vegas, don't worry. We will be going to the Streaming Media East conference in New York City. We'll post the details on that next week but for now, you can check-out our Co-Founder Chris Allen's profile to see what he will be doing.

As always, if you have any questions or would like to meet up at SME send a message to info@red5pro.com or schedule a call.