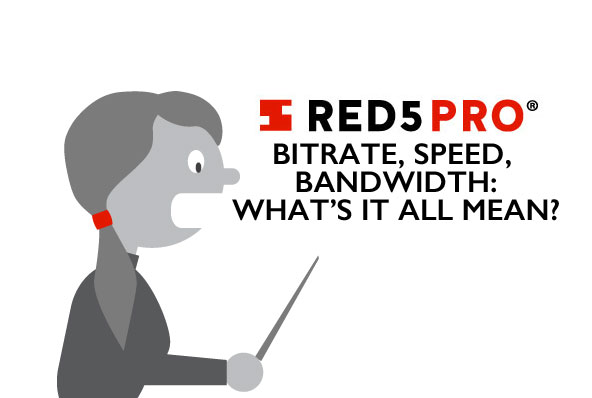 There's a set of vocabulary (or jargon) that comes with the internet. Most have a collective meaning: googling (searching), troll (that guy) and meme (something that's... a meme).

However, there are some words, especially those of a technical nature, that are used interchangeably. None more so, than network speed, bandwidth, and bitrate.

First and foremost, let's make this easier on ourselves by tossing out the word speed. Speed is a vague term that essentially encompasses both bandwidth and bitrate.

OK. Without that bit of linguistic deadweight, we can move on to define the definable:

The number of bits (all those 0 and 1s) that can be transferred or processed from one point to another in a set amount of time (usually one second). Basically, it's like a speed limit on a highway.

The total amount of data that can be transferred or processed at any one time (also, usually one second). As such, both bandwidth and bitrate are usually measured in Kilobits or Megabits per second. Think of it as the number of people your car can hold.

The same is true for bitrate and bandwidth. The more bandwidth you have the more bits (a higher bitrate) you can push through.

A note to all those non-Americans out there: please excuse our strange, illogical methods of measurement. Nonetheless, the concept still remains the same.

Bandwidth is the capacity and bitrate is the transfer rate [source]

Any more questions? Feel free to give us a call.