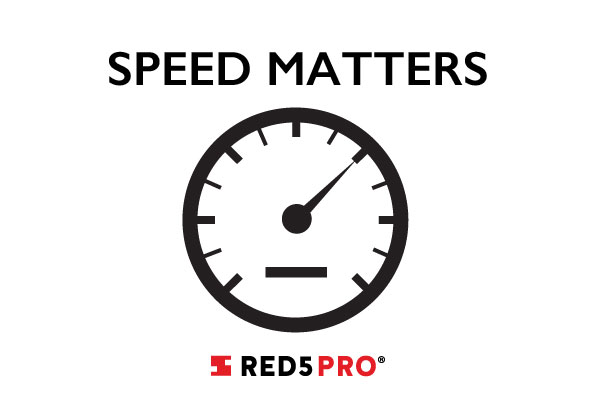 Dan Rayburn recently wrote a blog post stating that Content Delivery Networks are quickly moving away from the Flash streaming protocol RTMP. I've been hearing this from a number of our customers as well, and I agree that this is the direction that the CDN industry is taking. The solution that they all seem to be moving towards is HTTP based protocols like HLS and MPEG-dash. This is great for them because HTTP is way easier to support at scale, and it's widely supported across a huge number of players/clients. As I've written before though, HTTP based protocols come with major drawbacks, and the biggest one is latency!

While CDNs move to high latency protocols, there's another trend happening in the streaming industry, and that's the requirement for interactivity. The days of passive watching are numbered, and 30 to 45 seconds of latency makes interactivity impossible. Even if you fine tune HLS to use smaller segments, you are still looking at 5 or so seconds of latency, and that's still an eternity if you expect realtime data to be in sync with the stream.

Imagine an auction application where you are bidding on an item that you see in the video, to find out that your bid actually went to the next one in the queue. Or how about two way chatting with a movie star in the celebrity's app where millions of people are watching and trying to do so with a 10 second lag. It's just not going to work!

This is where we step in. We at Red5 Pro have bet on low latency protocols like WebRTC and have figured out how to build out CDN-like infrastructure at scale with sub-second latency. If you've got a project that requires super-low latency at scale, we want to hear from you. We can help you build the live streaming experiences of the future, not something that was so 45 seconds ago.