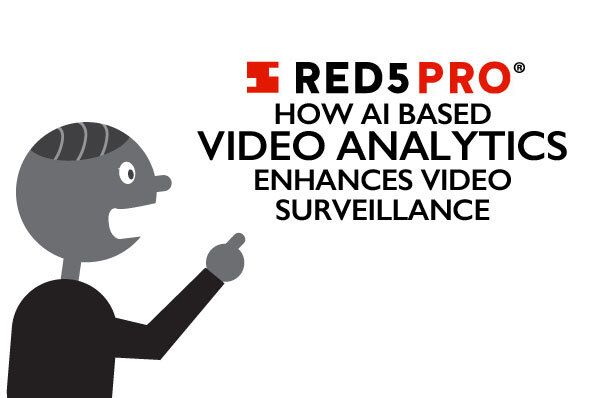 Effective surveillance depends upon accurate information which is why so much is being invested in it. For example, Memoori, a specialist in smart infrastructure research, predicts spending on AI in surveillance intelligence, starting near zero in 2017, could reach $3 billion by 2023.

Modern video surveillance marks a departure from the traditional reliance on analog closed-circuit television (CCTV) cameras. The current use of IP-based digital cameras and digitized networking enables high-resolution digital cameras to stream live video to monitoring stations near and far. The move to digital surveillance systems that provide clear images and support digital zooming and frame-rate adjustments have made it possible to integrate AI computer vision. Those advancements are essential to automated analysis.

Such features have become a standard part of mainstream surveillance systems, many of which run the analytics components of their products in the cloud. “The traditional video surveillance companies naturally see deep learning and artificial intelligence as a feature to run off their existing products, offering a way to both differentiate themselves and add further value to their products,” Memoori reports.

Early successes with intelligent video surveillance have had a major impact on market expectations, according to Allied Research. The previously referenced report cites dramatic increases in demand for sophisticated systems that can monitor borders, ports, transportation infrastructure, buildings, factories, agricultural operations, among other public places and work environments.

As live video surveillance becomes ever more consequential to maintaining public safety — preventing disruptions in commerce, managing military operations, securing property, and much else —, the need for real-time visibility across all fields of view has become a top priority.

It's important that information moves quickly and gets to where it needs to go. Surveillance systems such as those used by the U.S. Border patrol cover a very wide expanse of territory, so receiving and transmitting information from remote locations is a particular concern. Other applications can involve camera deployments on a variety of devices from drones to body cameras and smartphones carried by field personnel. Surveillance is needed in different environs and locations as well: warehouses, tunnels, buoys, and underwater.

Even with advanced analytics, a high latency system forces operators to await extraction and pooling of critical tidbits of information from individual video streams to formulate what amounts to an after-the-fact view of developments. In situations where there may be more of a commercial concern such as factory production, oil drilling, and perimeter security, real-time response is still important to prevent costly damages or thefts.

The most effective surveillance solutions use real-time latency to synchronize video and data elements in time with events as they occur in reality. This high degree of responsiveness is only possible with the recent development of experience delivery network (XDN) technology. Prior to an XDN, most video streaming was done with a content delivery network (CDN). CDNs lean heavily on HTTP protocols such as HLS and MPEG DASH which depend upon caching data to facilitate the delivery of streaming video. Caching is counterproductive to low-latency streaming and will always produce at least a second of latency which is nowhere near close enough to the sub-500-milliseconds benchmark for real-time latency.

This new approach to video surveillance is unfolding in a growing number of scenarios where smart-city operations, emergency responders, businesses, and military are relying on Red5 Pro’s multicloud XDN platform to enable comprehensive real-time insight into live events. These surveillance system operators are able to coordinate scrutiny and analysis of one or more occurrences to whatever extent of geographic coverage is necessary.

No matter how many cameras are involved and where they are deployed, their output is fed to XDN origin nodes for simultaneous real-time distribution to all points involved in the formulation of event responses, including cloud-based analytics engines as well as manned posts. Surveillance managers are assured the scalability, redundancy, and content protection they need to ensure their operations are adequate to the tasks at hand.