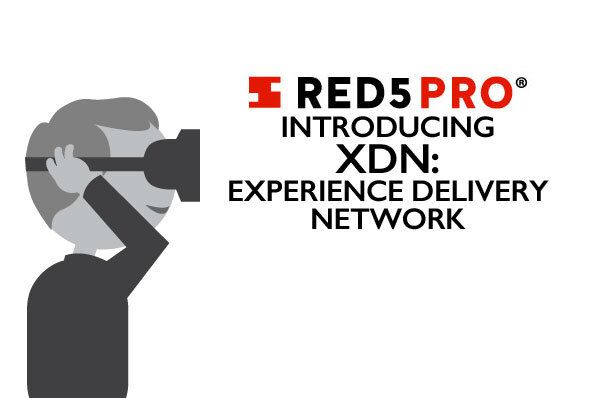 The ubiquitous presence of video on the Internet has brought us to a transition point where support for video-infused interactive experiences in real time has begun to define the next era in online engagement.

In essence, we’re witnessing a transformative video-driven impact on personal and commercial life that’s blurring the lines between online and offline existence. But that transformation is impeded by the fact that there remains a chasm between real and cyber life experiences. In one realm things happen in real time; in the other they don’t.

If we want to benefit from everything this blended world of experience has to offer, we need to come to grips with the fact that all the brilliant kluges to one-way CDN infrastructures built for another time won’t take us where we need to go. We need pervasively available interactive distribution options that can free everyone to share video-enriched experiences in real time over any distance whenever they choose.

In other words, we need to be building XDNs - Experience Delivery Networks.

To be clear, this isn’t just about special use cases like gambling, auctions, multiplayer gaming and myriad other commonly cited reasons for implementing real-time streaming. These certainly are driving forces behind the emergence of cutting-edge platforms like Red5 Pro. But the larger reality is that the Internet is alive with activity that points to real-time experience with video becoming the new norm in all facets of online personal and commercial engagement.

On the personal side, the biggest mass market case in point involves usage trends on social media platforms, where the need for support for real-time engagement is growing by leaps and bounds. According to one Internet tracking report, 3.96 billion people – over half the world’s population - are now engaged in social media, representing 87% of Internet users worldwide. In Q1 2020, users spent an average of 2 hours and 22 minutes daily on social networks, according to another report.

Beyond use of messaging apps like WhatsApp, ever more of this time involves socialization tied to video. For example, a big growth category is centered on community engagement with user-generated content (UGC) on Facebook Live and Instagram Live, which allow people to register comments in real time. Indeed, shared experiences with UGC have been the force behind the rapid ascendancy of TikTok into the top social media tier. In this arena, an annoying boundary between cyber and real life will disappear when everyone is able to comment based on seeing the content at the same time.

Beyond fun and games, another big reason for eliminating that boundary can be found in the rise of social activism. An explosion of cause-related communities engaging anywhere from thousands to tens of millions of people, as in the case of Black Lives Matter, has made the Internet the center of instantaneous communications tied to virally distributed videos of things happening in real time

Social networks have also become hubs for sharing viewing experiences with live streamed sports and other mass media content. Live streamed video viewing jumped by 93% year over year in 2019 with average viewing time, at 26.4 minutes per session, surpassing on-demand video viewing time by 25%, according to data amassed from 1.5 trillion transactions in 180 countries.

As online consumption extends community viewing beyond physical confines, the need to eliminate the spoiler factor has generated latency reduction techniques focused on achieving equivalency with broadcast latency. This might make sense in an environment where the audience is strictly in couch-potato mode, but the audience for live streamed content is anything but passive.

Once video conveying what’s happening on the playing field has passed through the usual production delays into the streaming pipeline, distribution should occur in real time with no inconsistencies from one viewer to the next, as there is today when different modes of latency reduction are implemented over different CDNs. When everybody tuned in sees what’s happening at the same time, disparities between the online and room-bounded social viewing experiences are eliminated.

Social networks also serve as a center for video game playing. On Facebook, for example, more than 700 million people interact with games and game-related content each month.

At the same time, online game platforms have become centers for socializing, starting with participation in multiplayer gaming and extending to social groups that have formed around various gaming platforms to comment on esports and game playing by popular streamers and to share each other’s gaming performances. According to one researcher, 43% of online gamers worldwide play at least one game monthly with others, while about 20% also do at least one of the following: watch a live gaming stream, watch an esport competition, share an image or video of their own game play.

Now, as explored in a recent blog, multiplayer engagement is expanding to include fast-action virtual reality (VR) games and immersive social environments where users’ avatars compete and vie for attention. Moving support for these activities into the mainstream networking environment will allow not just gaming, but everything else tied to live interaction with VR and other extended-reality consumer applications to flourish.

Video conferencing is another space mandating real-time connectivity that bridges across personal and commercial activity. All the many platforms devoted to this purpose, from Skype to Zoom, IBM Cloud Video and much else, employ specialized means to achieving low-latency communications with varying degrees of compromise on video quality. Such compromises would be eliminated and maybe some usage fees would at least be reduced with availability of a ubiquitously deployed real-time Internet infrastructure.

If real-time video-enhanced interactivity is now a high priority in casual Internet usage, it has become a mission-critical aspect to Internet engagement in the commercial world. For example, going beyond rudimentary video conferencing, the need for a viable video-infused approach to collaboration, heightened during the coronavirus pandemic, pervades industries of every description.

Video clarity as well as real-time interactivity is essential, not only for better renderings of participants faces but also for making it possible to display image and video screen captures without having to stream such material separately. Moreover, as reported in the previously cited blog, collaboration has now become an immersive experience requiring real-time connectivity to enable use of VR technology in design, training, education, medicine and other areas.

With the emergence of 5G, there will be an opportunity to make video- and VR-enhanced collaboration available to everyone engaged with an enterprise wherever they are. Such benefits will add to the momentum of business operations as a major force behind the normalization of real-time connectivity in cyber space.

Surveillance, too, per another recent blog, has become an arena for real-time video transmission. The ability to react to what’s happening as conveyed instantly with high-definition clarity is vital to first responders in law enforcement, fire outbreaks and other emergencies. Additional benefits accrue from real-time synching of drone-delivered video with video streamed from other sources.

The Inadequacies of Traditional CDN Infrastructure

CDN operators and platform providers across the globe are touting herculean upgrade efforts that have succeeded in reducing one-way streaming speeds to broadcast-caliber latency for producers who are willing to pay for the fast-lane treatment. But, at 2-4 seconds, these hard-wrought best efforts fall far short of the 200-400 ms. speeds that must be available to anyone using video with real-time interactions on the Internet.

The higher latency is an unavoidable consequence of delays in ABR streaming caused by the back-and-forth communications and buffering attending client requests for fragmented video files. These delays are reduced but remain unacceptable even when chunks generated through CTE are entering the pipeline as the rest of the larger fragments they’re part of are still being encoded.

The Shift to an XDN Infrastructure

In any event, the optimization of streaming in the one-way scenarios suited to entertainment applications are irrelevant to most of the use cases underlying the transition to real-time experience on the Internet. As demonstrated by the ever-expanding range of entities who have implemented distribution infrastructure utilizing the Red5 Pro platform, real-time interactivity with video-enhanced applications related to surveillance, esports production, VR-based and non-immersive collaboration, gambling, social media experiences, auction management and much else is now a reality.

As the deployments increase, the XDN infrastructure is coming into focus. All of these applications are benefiting from technology that supports cross-cloud autoscaling for multi-way communications on all types of devices with tight synchronization of all relevant data, video and audio feeds. Now the challenge is to make that reality an everyday aspect of engagement on the Internet.

Given how easy it is to leverage any combination of private and public cloud resources to implement real-time connectivity across any configuration of users at any distance, there isn’t much standing in the way of meeting that challenge. All that’s needed is consensus on the fact that support for real-time experience is now the baseline for success in Internet transport, services and applications.

To learn more about what the future holds, contact info@red5pro.com or schedule a call.