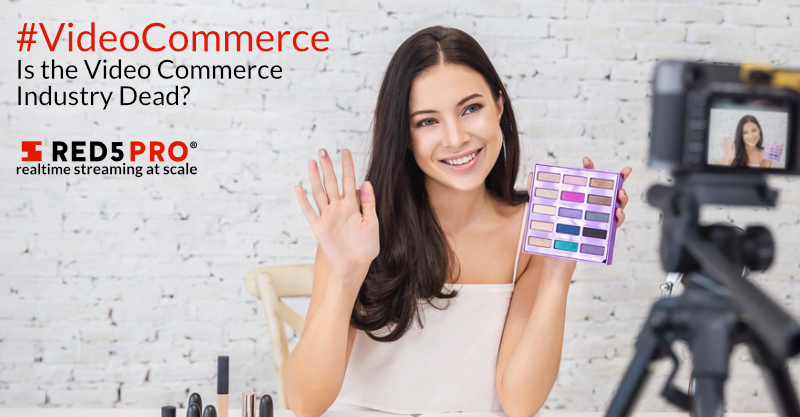 Retailers have been selling products via video marketing for years, but these days the way in which products are sold has extended far beyond the classic infomercial. Live video shopping allows consumers to purchase products directly from the videos they watch simply by clicking an embedded link. After producing $60 billion in sales in 2019, companies recognize the potential that video commerce holds in social media apps, particularly for younger consumers who use social media regularly.

Live video shopping allows content creators to show off a product during a livestream, be it a clothing try-on or a demonstration of a new gadget they bought for their home. Creators interact with their viewers in real time and answer questions about the product. This interaction builds stronger relationships, which in turn influences consumer purchase decisions. When incorporated into social media and live streaming apps, live video commerce is an accessible way for consumers to shop from people whose opinions they trust.

With such lucrative results and influential content creators, one would assume the live shopping industry is thriving. But it’s not as popular as it seems — at least not in the west. Surprisingly, only about $1 billion of the $60 billion total comes from consumers in the United States. Most of the activity comes from Asia, particularly China. In fact, over the past year, a few large companies — notably, Facebook and Tiktok— seemingly shut down their live shopping features. But it isn’t really the end; although Facebook shut down its live shopping platform on October 1, 2022, Meta hasn’t ditched video commerce entirely. They are instead turning their attention to Instagram Reels, due to evidence that users are more likely to interact with short-form content than long-form content. Reels present an opportunity to re-introduce live shopping to a larger and more active audience and pull in consumers from around the globe.

As for Tiktok, the social media giant appeared to be pulling away from its live shopping feature after the UK rollout didn’t take off as expected. But reports suggest that they haven’t given up yet and may partner with TalkShopLive to release an in-app video commerce feature in the US with a different marketing strategy. Live shopping companies typically make money from fees on sales which are applied when a customer completes their purchase. This partnership would also present an opportunity for Tiktok to pay creators a share of ad revenue, which it is not currently offering. In fact, Youtube has begun efforts to lure creators away with the introduction of Youtube Shorts, making it possible for creators to earn money from the ads that appear while viewers scroll through Shorts. If Tiktok implemented a similar setup for their users, it would provide incentive for creators to continue using the app as their primary form of social media.

For live commerce to be a success, it also needs to take advantage of real-time video that can withstand interaction from a large number of viewers. Interaction between content creators and consumers is at the foundation of the live shopping experience on social media. Additionally, partnerships like Tiktok and TalkShopLive suggest that popular videos will be posted on both platforms, drawing in even more active viewers as the companies increase awareness of their live shopping feature in western audiences. Red5 Pro can help support video commerce projects with the upcoming Experience Delivery Network (XDN). XDN was designed with multi-way communication in mind, making it possible for creators to invite special guests or even viewers onto their broadcasts. As a hosted solution using Oracle Cloud Infrastructure, XDN will make it even easier to implement stable, reliable streaming in live shopping applications.

So, contrary to what it seems, the live shopping industry isn’t dying; it’s just taking off. Although there have been some growing pains, live shopping platforms are quickly adapting to suit new markets, and companies are already battling to solidify their influence in the industry. With the right tools, live shopping is poised to take the world by storm. If you’re interested in staking a claim in the world of live video commerce, now is the time. We’d be happy to discuss this further. Feel free to reach out to us at info@red5pro.com or schedule a call.