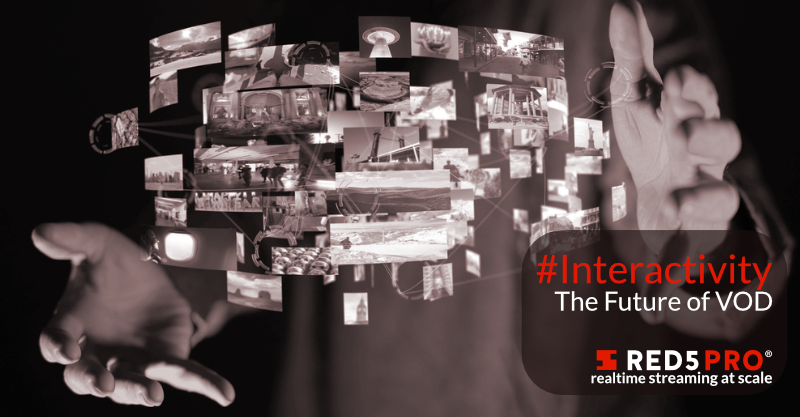 The end of traditional Video on Demand (VOD) streaming may be drawing near. Between the fall of stocks at Netflix and the oversaturation of subscription streaming services, users seem to be growing tired of seeing the same product over and over again. It looks like it’s time for a change.

When Netflix first stepped into the limelight, VOD streaming was new, innovative, and unique. The online platform was accessible and easy to use. Over time, however, more companies stepped in with their own takes on VOD streaming. Suddenly there were platforms like HBO Max, Hulu, Disney+, Paramount+, and Amazon Prime Video, and that’s only scratching the surface. To put it simply, the market is saturated. In the first quarter of 2022, Netflix lost over 200,000 subscribers. In a single day in April, their stock dropped 35%. Newer VOD streaming companies are failing before they can even get their footing, with CNN+ lasting less than 30 days before shutting down due to lack of interest. The once ingenious technology Netflix introduced to the public has now become the norm and viewers are overwhelmed by the number of options available. Even back in 2019, users were frustrated by the number of services they needed to use to get access to the content they enjoy, according to the 13th Deloitte digital media trends survey.

Additionally, users are increasingly turning to other forms of entertainment over traditional VOD streaming. Social media use and video games continue to grow in popularity as new and exciting ideas are brought to life. Gen Z in particular spends the majority of their screen time between social media, gaming, and video apps like Youtube rather than watching movies and TV.

By the end of 2021, TikTok, which allows users to create their own short form video content, had reached over 1.2 billion active users, and is projected to grow throughout 2022. According to a recent data analysis, 90% of those users access TikTok daily, with an average of 52 minutes per day spent on the app. The platform is accessible, free, and caters towards each user’s interests. The personalized nature of the app draws users in and the ability to comment and interact with other creators makes the platform more engaging and exciting than traditional VOD.

The number of active gamers has also steadily increased over the past few years and is expected to continue growing, with gamers aged 18-64 spending between 1 and 10 hours each week on average playing video games. As video games capture more of the public’s screen time, they become an even stronger competitor for VOD streaming platforms than ever before.

Based on the popularity of apps like TikTok, it’s clear that consumers still love video-based media, but are getting bored with traditional VOD streaming. There’s no reason to use new technology to make more varieties of the same VOD streaming platforms. It’s time for companies to think beyond the static programming we’ve come to know.

From Tiktok Lives to Fortnite concerts to Teleparty watch parties, the most exciting and popular virtual experiences of the past few years have one thing in common: interactivity. This is the key to the future of video. Netflix already dipped their toes into the interactive waters with their Black Mirror: Bandersnatch episode. This risky, yet innovative move debuted a “choose your own adventure” experience where characters broke the fourth wall and watchers made the decisions. The variety of possible endings in the game-style episode sent waves of excitement across social media. Although the episode received its share of criticism, it showed the potential of interactive video as an alternative to traditional VOD streaming. Additionally, the onslaught of Twitter discussions that evolved from Black Mirror: Bandersnatch as users compared endings hints at the potential popularity of adding a social aspect to the experience.

Throughout the Covid-19 pandemic, apps like Teleparty (formerly Netflix Party) also revealed the public’s desire for more social virtual experiences. Party games like Jackbox could be streamed over video streaming platforms so that friends in-person and distant could join in on the fun. Game and movie nights with friends across the globe became a normal occurrence. Unfortunately what Teleparty, Jackbox TV, sports streaming apps, and other products are missing is built-in, live, interactive video, not only from the streaming platform, but also from participants.

Software like Red5 Pro’s recently-released Watch Party allows users to subscribe to a main video stream, broadcast their own video, and subscribe to the videos of other participants, all in one place. This means users no longer have to join a Zoom call in one tab so they can see and hear each other while watching the game in another tab. With Watch Party technology, developers can create platforms that do it all, at once, in real-time. This software can be combined with additional features such as betting and online gameplay to create the most interactive experience possible.

The future of video is live and interactive. If you’d like to discuss the possibilities of Watch Party software, reach out to us at info@red5pro.com or schedule a call.