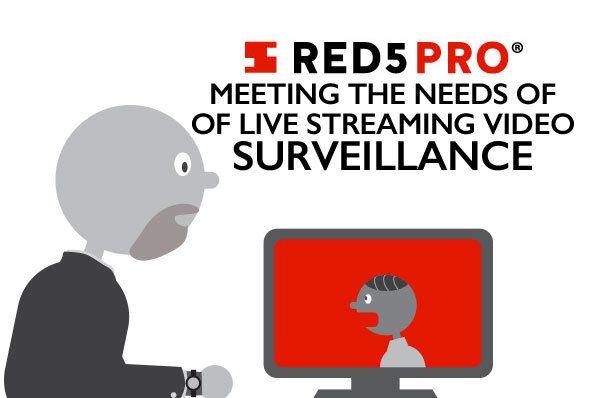 Widely adopted technology such as AI integrations and high-resolution cameras mean we can gather more accurate data. The challenge lies in compiling and displaying that information in real time to provide actionable intelligence. No matter the degree of automation, at some point in every surveillance system, an actual person will have to make a decision about how to respond to a situation. Ensuring that that person or team has everything they need to make that decision is crucial.

It's important that information moves quickly and gets to where it needs to go. Surveillance systems such as those used by the U.S. Border patrol cover a very wide expanse of territory, so receiving and transmitting information from remote locations is a particular concern. Other applications can involve camera deployments on a variety of devices from drones to body cameras and smartphones carried by field personnel. Surveillance is needed in different environs and locations as well: warehouses, tunnels, buoys, and underwater.

The most effective surveillance solutions use real-time latency to synchronize video and data elements in time with events as they occur in reality. This high degree of responsiveness is only possible with the recent development of experience delivery network (XDN) technology. Prior to an XDN, most video streaming was done with a content delivery network (CDN). CDNs lean heavily on HTTP protocols such as HLS and MPEG DASH which depend upon caching data to facilitate the delivery of streaming video. Caching is counterproductive to low-latency streaming and will always produce at least a second of latency which is nowhere near close enough to the sub-500-milliseconds benchmark for real-time latency.

When it comes to dangerous situations such as fires, floods, energy outages, hurricanes, tornadoes, robberies, mass shootings, and military operations, the first responders need real-time surveillance technology to guide their approach. Even with advanced analytics, a high latency system forces operators to await extraction and pooling of critical tidbits of information from individual video streams to formulate what amounts to an after-the-fact view of developments. In situations where there may be more of a commercial concern such as factory production, oil drilling, and perimeter security, real-time response is still important to prevent costly damages or thefts.

As someone with intimate knowledge of the global surveillance market, David St. Claire, the project manager at FLIR Systems, recognizes the life or death importance of latency. “Managing widespread environmental catastrophes as well as routine traffic problems, all in real time is critical,” St. Claire said during this year’s Virtual XDN Summit, “First responders on location can stream in real time to command centers. We never could do that before.” FLIR is a leading supplier of advanced thermal (infrared) and other imaging techniques used with AI-assisted analytics to support aerial and terrestrial surveillance applications in public safety, transportation, smart city operations, military, industrial, and consumer-facing scenarios.

End-to-end streaming with XDN infrastructure utilizes the open-source Real-Time Streaming Protocol (RTSP) connected to high-resolution digital surveillance cameras and smartphones. Or, in instances where endpoints aren’t equipped with RTSP-compatible players, the XDN converts the streams for transport via WebRTC, which is supported for playback by all the major browsers, eliminating the extra need for plug-ins. The platform also seamlessly interoperates with video streamed by cameras that use the Secure Reliable Transport (SRT) protocol.

When it comes to video surveillance, “one of the interesting things about XDN technology is its many-to-one capabilities,” said Sam Recine, vice president of Americas and Asia Pacific sales for the AV/IT Group at Matrox Video. As a supplier of microprocessors, hardware appliances, and software in multiple fields, including surveillance, Matrox is witnessing “heavy investment in what you can do in real-time situations,” Recine said.

One dramatic case in point involves a military application where Matrox equipment encodes multiple real-time streamed video and data feeds from drones into a single stream, which is then delivered in real time to distant monitoring locations. “We’re really pushing the envelope with ultra-low latency delivery of high-fidelity video transparently combined with data,” he noted.

Whatever the ratio of sources-to-receivers might be at any moment and regardless of the number of endpoints or where they are, XDN infrastructure streams video, audio, and ancillary metadata and other content with end-to-end latencies registering at 200 to 400 milliseconds over global distances. Latencies are even lower in localized distribution scenarios common to surveillance applications.

The fact that this is done with open-source technology is especially meaningful, St. Claire noted. “We’re finally in a position with XDN technology that allows us to focus on open, not proprietary protocols, which is really big for our industry.”

As St. Claire observed, this is key to expediting operational set-ups. “With XDN technology we are able to transmit highly encrypted video in real time, which gives us an opportunity to use our technology securely in emergency operations that require instant management.”

As live video surveillance becomes ever more consequential to maintaining public safety, preventing disruptions in commerce, managing military operations, securing property, and much else, the need for real-time visibility across all fields of view has become a top priority.

This new approach to video surveillance is unfolding in a growing number of scenarios where smart-city operations, emergency responders, businesses, and military are relying on Red5 Pro’s multicloud XDN platform to enable comprehensive real-time insight into live events. These surveillance system operators are able to coordinate scrutiny and analysis of one or more occurrences to whatever extent of geographic coverage is necessary.

No matter how many cameras are involved and where they are deployed, their output is fed to XDN origin nodes for simultaneous real-time distribution to all points involved in the formulation of event responses, including cloud-based analytics engines as well as manned posts. Surveillance managers are assured the scalability, redundancy, and content protection they need to ensure their operations are adequate to the tasks at hand.