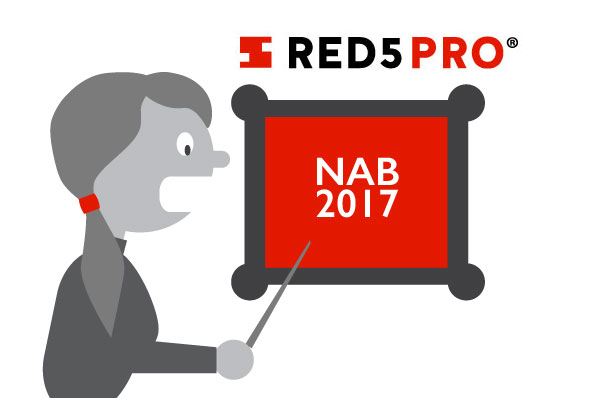 Storytelling is a cornerstone on the bedrock of humanity. From ancient cave paintings to printing presses all the way to video cameras, this engrained desire has spurred the development of new tools to illustrate our tales. However, that's not all our instincts tell us. No matter how thoughtful and compelling the narrative, stories remain all but useless without an audience to receive them. Thus, arose a demand for platforms that enable people to share all their chronicles amongst themselves and with future generations.

However, swapping pot-boilers around a campfire could not satisfy human ambition for very long. If there was a way to talk without the need to be within earshot, then the excitement of live story-telling could be felt by those thousands of miles away. The development of radio broadcasts met this very need; a one-to-many live-stream.

Without going through the rest of the history of communication, let's just skip right ahead to last week when the National Association of Broadcasters held their annual NAB Show. Broadcasters are always seeking new ways to distribute their media (fancy stories) to a larger and larger audience. Just as radio waves carried real-time speech to everyone listening, the internet delivers video to all those watching.

Those watching the speakers at NAB were treated to glimpses of the future. After declaring video as "the most powerful medium" for consumption, media, and sharing, Facebook's Dan Reed established that "The shift to video in the digital space is much more profound even than the shift to mobile." Consuming content draws people together and the act of sharing facilitates that. Of course, users need something to be compelling, relatable and accessible for them gather around it. For example, the VP of Playstation, Dwayne Benefield discussed the new Playstation Vue, an over-the-top internet television service that combines DVR and cable streaming.

As technology develops, so do the techniques to deliver a more meaningful and complete narration. As Larry Jordan writes:

Story-telling today exists because of the technology we use … Art lives at the boundary, the struggle, between the creative vision and the limitations of technology. Between the story and the tools needed to achieve it ... Story-telling is an art, but it is an art infused, driven and controlled by technology.

Live-streaming is a perfect example of this. The technology is readily available to an ever increasing number of people; every one of them with a story to tell. Halftime shows now include twitter comments sent during the game, and news-feeds incorporate footage shot by smartphones. Dedicated fans are eager to absorb more and more information about the shows, films, or events they love. Live-streaming is a well-suited platform for feeding their media consumption allowing them to interact with each other and maybe even with the stars themselves. Whether on television, mobile devices, tablets, VR headsets or whatever the future has to offer, you can be sure that live-streaming will be a widespread and established part of the days to come.

At Red5 Pro, we've also speculated about the possibilities of tomorrow. From current technologies and where they are going to the emergence of IoTV, Red5 Pro will play an active role laying the foundation for future applications. The pace of innovation accelerates ever faster and our low-latency, live-streaming solution is more than capable of keeping up.

So what's next? Have you been inspired? Did NAB spark a great idea that needs to be shaped into a reality? Let us help you develop it with Red5 Pro.