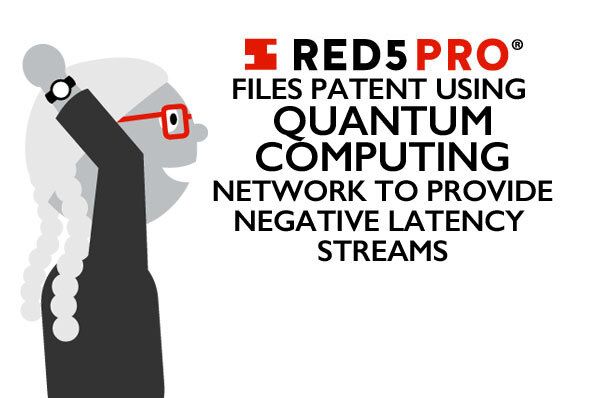 As NASA’s 2020 Perseverance rover mission reminds us, the Red Planet is pretty far away. In fact, it takes about 20 minutes for a signal to travel between Mars and Earth. That delay meant that any adjustments necessary for steering the Perseverance rover to a safe landing couldn’t be performed manually. Instead, AI processing with real-time optical and telemetry data enabled the lander to avoid obstacles in the landing zone as it touched down on February 18 this year. In other words, there wasn’t much the scientists could do but wait and hope everything would go as planned. Talk about nail-biting “7 minutes of terror”!

This delay from when a signal is sent and when it is received, commonly known as latency, can mean, in NASA terms, the difference between $2.7 billion taxpayers’ money well spent upon a successful touch-down and an unrecoverable pile of Mars junk that is sure to have the EPA look over your shoulder on future endeavors to go where no human has gone before. In other words, space exploration is another use case that could dramatically benefit from real-time latency. And since we here at Red5 Pro are dedicated to the mission of eliminating latency entirely, we thought this would be a great challenge to solve.

We used to get quite excited when we got our latency under 500 milliseconds, but we knew we could do even better.

There’s only one thing faster than real-time latency: negative latency. Through an advanced application of quantum mechanics, Red5 Pro can now deliver live streams faster than the speed of light, effectively allowing people to view streams before they actually happen. Accordingly, we recently submitted a patent for a quantum computing network that creates negative latency streaming.

“This is a historical moment for streaming media — and for mankind. Red5 has achieved a radical evolution, expanding our XDN infrastructure to create the first QDN (Quantum Delivery Network). It makes CDNs look like delivering packets by horse and buggy,” says Red5 Pro CEO and co-founder Chris Allen.

The initial concept for the Red5 Pro XDN. A breakthrough moment!

To significantly simplify the process, the Red5 Pro Quantum Delivery Network™ (QDN) works by using the process of quantum entanglement. When the live video is created, the photons contained in each image are split into entangled particles. Each pair of photons — also referred to as entangled particles — synchronizes with each other instantaneously no matter how far apart they are.

More precisely, each pair of entangled particles has corresponding polarizations and are in the exact same position. Thus, by tracking the positional change between the two photons, we can assign them binary values which are then translated into binary code using quantum computing. That binary code is stored in units known as qubits — similar to bits used in classical computing. The QDN uses a proprietary system of AI processors to interpret the photon distribution resulting in a negative latency.

One of the major challenges we faced — aside from some basic laws of physics — is the fact that once the particles are observed or measured, the quantum entanglement is broken and they will no longer be in correlation. Furthermore, we needed a communication channel that allows for the subscriber to compare their observations with the publisher, otherwise they are just observing a random state. In order to overcome this, there had to be a way for the subscriber to observe the particles without directly contacting them.

We were able to solve this in a manner similar to how WebRTC establishes a connection with TCP. Red5 Pro created a quantum delivery protocol (QDP) which creates a stateless connection between the broadcaster node (origin) and the subscriber node (edge). Once the handshake is completed, a key is transmitted for decoding the data packets of particles to the edge, similar to how TLS exchanges a hash to decrypt messages. The outgoing stream is encoded by the broadcaster into data packets and decoded by the subscriber using the key provided by the QDP exchange.

The encrypted hash allows the particles to maintain their entanglement as those particles are only observed after they have been decrypted and decoded by the subscriber. Essentially QDP wraps the entangled particles in a container that preserves their state until they are decoded. Once the entanglement is broken it does not matter as new particles will already be in the process of streaming.

In order to maintain a communication channel between the broadcaster and the subscriber the QDP connection is relayed through a stream manager which separates the particles contained in the data packets from the record of the observation of those particles.

The QDN creates delivery speeds faster than was previously thought possible. In fact, testing has revealed that entangled particles are transported over 10,000 times faster than the speed of light. Since the human brain takes about 13 milliseconds to process incoming information, such an extremely fast latency means that the video is transported to the client faster than they can see or hear it.

Thus it can be considered negative latency as it is essentially delivering live video back in time — no flux capacitor needed. While this certainly revolutionizes the way in which we will stream live video, it should be noted that such rudimentary time travel is currently only available in a unidirectional stream from the broadcaster to the subscriber. Multidirectional time travel with live streams is currently restricted by the processing speed of CPU encoders and decoders as well as human perception.

When paired with a cloud-based experience delivery network (XDN), the geographic distribution is greatly enhanced. Additionally, fiber optic quantum networks have gone through real-world deployments such as China’s quantum network which was established in 2016. Ongoing efforts through companies like Quantum Xchange are working to reproduce those results in the United States. The flexible API of both the XDN and QDN opens up the very real possibility of integrating any upcoming developments.

While integrating with an XDN solves for video distribution across the Earth, there shouldn’t be any issues with trans-universal communication due to the extremely fast delivery speed of negative latency. As the technology grows, there is the potential for cloud networks established through satellite relays. As stated earlier the flexible API of the QDN unlocks integration with such advanced technology.

Obviously, the creation of quantum computing network stands to make an outsized contribution to the live streaming industry. In addition to space exploration, the increased interactivity unlocked by time-traveling live streaming will change many other use cases such as live auctions, online gambling, and esports. Plus it has great potential to streamline communication efficiency and productivity across a wide swath of business sectors.

We are very excited to see what will come out of this groundbreaking technology and would love to help you build a next-generation live streaming experience. Let us show you what QDN can do for you by reaching out to info@red5pro.com or scheduling a call.