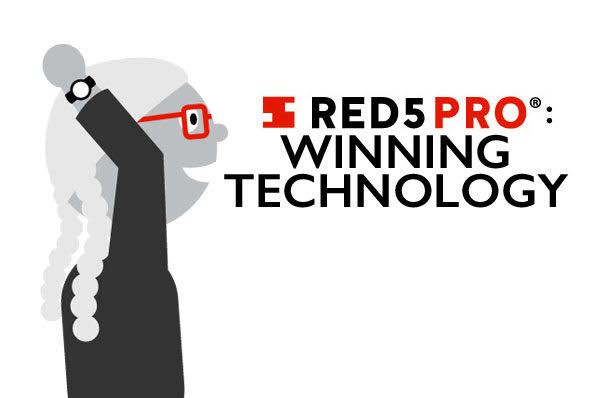 Red5 Pro confirmed its status as an industry-leading, live-streaming software creator for contributing to Limelight Networks’ winning IABM Broadcast and Media (BaMTM) Award for Publishing at the recent IBC 2018 Conference. Red5 Pro’s patent-pending WebRTC innovations are the result of over five years of pioneering technology, leading to its landmark establishment of Red5 Pro version 1.0 in 2016.

I congratulate Limelight Networks on the prestigious award it received last week at IBC. I also want to thank Limelight for choosing Red5 Pro as the scalable, low-latency, live-streaming media software to enable realtime streaming experiences for their customers.

We built our WebRTC solution with the scale in mind of the extensive reach of Limelight’s network, making their network and our software a winning combination.

In June 2017, Infrared5 and Limelight jointly announced their intention to use Red5 Pro technology to provide sub-one-second video streaming latency across any device and browser. This powerful combination of Limelight’s content delivery network along with our Red5 Pro software opens up new platform opportunities to consumers across the globe.

The scale and performance that we’ve previously been able to achieve with Red5 Pro deployed on cloud networks has been impressive, enabling some consumers to scale to tens of thousands of concurrent viewers and keeping the video stream under .5 seconds of latency. I’m glad to see that consumers soon will have another choice of deployment through Limelight’s content delivery network.

Infrared5 and its team were the first to reverse engineer RTMP, Adobe Flash’s video streaming protocol back in 2005. The demand for consulting was so high, that a few of the founders of the open source Red5 product started Infrared5 to meet that demand.

Today, and four versions later, Red5 Pro is used by hundreds of companies in more than forty countries around the globe with major partnerships including Google and Limelight Networks.

For more on this exciting news, please see our official press release. For more information on what Red5 Pro can do for you, please give us a call or email us at info@red5pro.com.