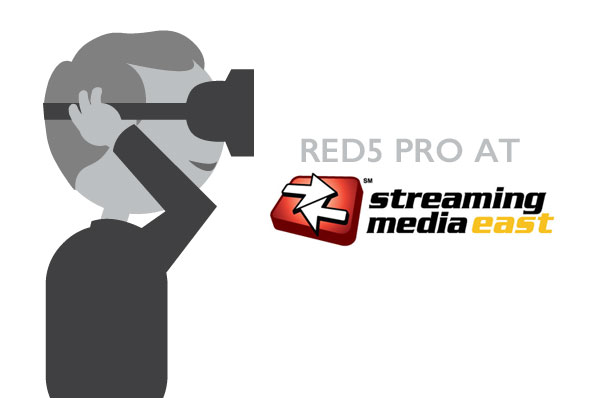 We had an amazing time last week at #SMEast 2016 and wanted to provide a quick recap on the conference. Along with meeting a number of great companies in the live streaming space and getting a ton of inbound interest at our booth, we had the chance to hear a number of insightful presentations by leaders within the industry.

NBC Today Show's Mario Armstrong made a great speech on key reasons behind the rapid growth of live streaming:

Armstrong also introduced the audience to a new app in the space called Busker which has the unique distinction of allowing content creators to monetize their streams via "tipping" from viewers--pretty cool! Not surprisingly, we got the sense from many of the speakers that despite it's relatively recent release, Facebook Live is emerging as the clear winner in the social streaming space due to both ease of use and the platforms enormous user base.

What do you think: will Facebook Live pose a threat to established leaders like Periscope? And perhaps more importantly, is Facebook’s walled garden a threat to the democratization of live streaming itself?

Virtual Reality was a hot topic at the conference, especially in regards to how the nascent industry will gain traction and eventually win mainstream adoption. Most agree VR is the future of the immersive live/VOD viewing experience, but few agree on when VR usability/performance will be able to meet the massive hype. Josh Courtney of SkyVR dove into the issue by noting that the biggest bottleneck facing VR is the hardware itself with clunky headsets and cameras that lack the ability to adjust exposure and shutter speed in real time with changes in lighting. Courtney reiterated that like with any revolutionary technology, VR will take time, development and a lot of user testing before the industry will see mass adoption, though he sees gaming as the first use case to take advantage of the technology. Regardless of the first use case to break through, we want Red5 Pro to power it!

Here are a few other interesting recaps of speeches made during the conference:

The State of VR Cameras