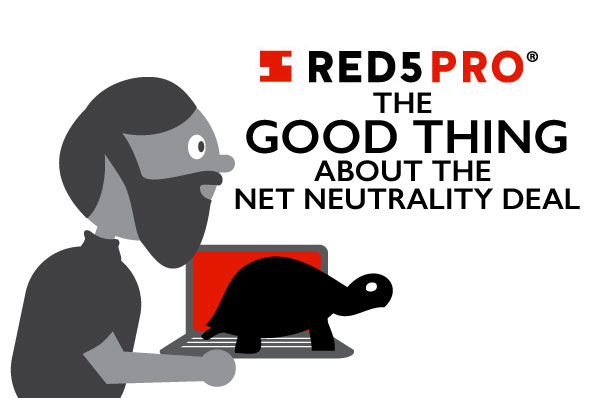 You may have noticed that there has been a bit of news coverage about net neutrality, at least for those of us in the US.

Net neutrality is the principle that Internet service providers should treat all online content equally without giving preference to particular sources.

There's been quite a bit of worrying over the effect that this will have on the internet and how ISP providers can regulate it. These concerns, well founded as they are, miss how worthwhile the repeal of net neutrality will be.

We stand to gain great skills from this. As the FCC peels back restrictions and the broadband providers start throttling our bandwidth, we shall adapt to the changing digital environment.

If our favorite website suffers from slow page loads, we will harden our resilience. In the face of withering download speeds, we will not turn back. As we strive to access blocked content, our resolve will remain unbroken.

In short, we shall embrace the virtue of patience.

Despite the majority of Americans that supported the current net neutrality regulations, the FCC voted, in a 3-2 decision, to repeal them.

Furthermore, the support for the regulations is shared across party lines. Sixty-one percent of voters who identify as Democrats are either strongly or somewhat in favor of the rules, and among Republicans that number is 59 percent.

However, this is where patience comes into play.

First and foremost, the repeal will take a little while to roll out. Probably around 60 days after they are published in the Federal Register.

In the meantime, consumer-advocacy groups and other opponents are likely to file suit to try to block them. However, a decision is unlikely to come until at least a year after the repeal. As one senior FCC official stated, "Whenever we do anything big and major, people go to court."

Congressional members may also introduce legislation to reinstate the rules especially if Democrats gain a majority in the midterm elections or the Presidency in 2020.

Lastly, it is worth mentioning that companies have already been paying, to a certain degree, to effectively deliver their services.

Large video streaming companies spend money to send data directly to different broadband networks. At times, dominant ISPs will charge for taking on large volumes of traffic. Additionally, some smaller internet companies depend upon paying external networks to deliver their content for them. In many instances, the multimedia websites that pay for such services are faster than those that don't.

This is not to say that the repealing of net neutrality will have no effect, only to say that paying for network speed is a practice already in place.

While the future of net neutrality is currently uncertain, with a little patience we shall see where the new regulations take us. Perhaps the wave of popular support shall help restore or modify regulations to balance the desires of ISP providers with the needs of internet users.

Looking for more? For an interesting look behind the scenes of the past few years of net neutrality, check out this article by The Center for Public Integrity.