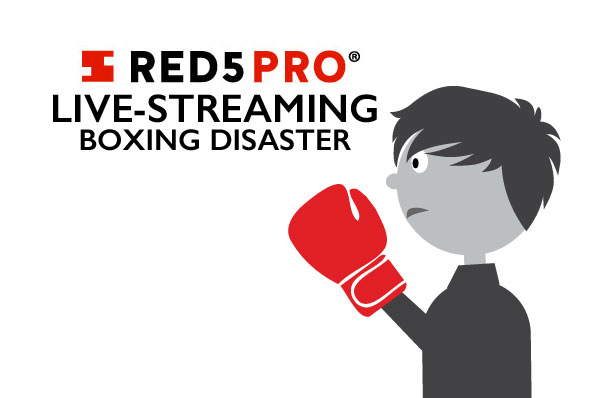 Live streaming is hard. This is a fact that has affected a variety of genres, from music (CBS and the Grammys), to sports (NBC and the Super Bowl) and even movies (ABC and the Oscars). These difficulties showcase the challenges that need to be overcome, as well as the boiling rage that steams out of these failures.

Frothing tweets of irritation, impassioned fans can be a problem to deal with. Now if those fans also happen to be avid followers of a sport consisting of repeatedly punching the other athlete... in the face, well that could pose a concern. Top it all off with having to pay $100 for the privilege of watching a blank screen? Uh oh.

Such was the fiasco that faced Showtime and UFC when they tried to stream the highly anticipated fight between Floyd Mayweather Jr. and UFC champion Conor McGregor. Networks were forced to delay the start of the fight in order to allow PPV streams to catch up and fans were less than pleased. We can't be too hard on the networks though. Live streaming is hard, after all. Even Mark Zuckerberg had issues when he first introduced Facebook Live.

As is quite apparent from the fight, there are other obstacles in the way of a successful live-stream, and while they may not be quite so physical, they can be fairly painful as well. Although, I'd still take a dropped stream over a Mayweather uppercut any day.

This is why we've spent so much time dealing with the challenges of live-streaming. Through Red5 Pro's auto-scaling solution, applications can spin-up new instances to deal with an increased server load. This allows for a dynamic and automatic response to surges in network traffic. If needed, clusters can also be set-up in different regions to deal with worldwide viewership.

For mobile applications where slower network speeds can be a concern, our adaptive bitrate solution helps ease that issue. It allows the broadcasting device to select the highest bit rate for the subscriber while maintaining optimal performance. Changing the resolution is also a great way to deal with network limitations.

The final blow comes from our crowning achievement; a sub 1/2 second latency. This is essential for live-streaming sports as the users need to be connected to the events happening in real-time for the best experience possible. They should feel like they are part of the spectacle not just sitting off to the side.

Of course, behind every good athlete is a good coach. It is equally important to have a robust network and server structure supporting you in your corner. You can build your application on top of established networks like AWS and Google. Or if already have your own amazing infrastructure (like Limelight) you can deploy our server on that.

All these factors point to the fact that if you want to do live-streaming right, give Red5 Pro a call. We can help you build the perfect set-up to meet all your live-streaming needs, and protect you from a blinding flurry of angry tweets.