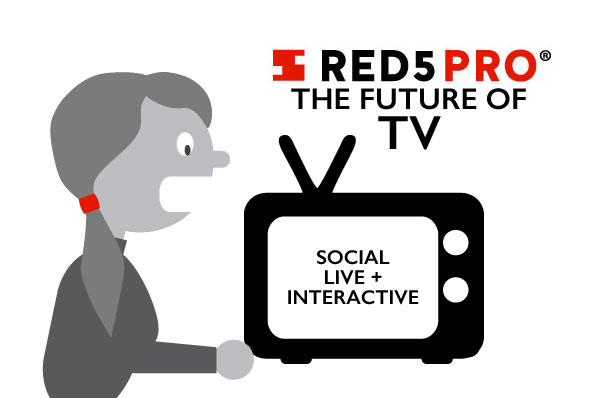 As social creatures, humans have an innate desire to gather together. Though the focal point has changed, moving the fire pit indoors to a fireplace and replacing the radio on the mantlepiece with a TV, the transmission of stories has always played a prominent role.

Television is a basic tenant of modern society. It has provided countless hours of water cooler conversations and online chatter. With tv as a social glue, people bond through shared experiences.

We gather around to watch shows like The Bachelor or chant the countdown as the ball drops to bring in the New Year. Even non-sports fans like an excuse to throw a party for the big game.

You don't have to gather around the tv to be drawn to it.

As our media access becomes more and more mobile, our consumption habits are changing accordingly. Some would argue this shifts our viewing experience to be more individualistic. However, shows like Game of Thrones have become international hits, with viewing parties held every Sunday night.

The desire for a shared experience is shaping the interests of consumers and activating unconscious decisions.

Innovative games such as the wildly popular HQ Trivia app, are a great example of this. More than just a quiz show, it's a live application. This drives the excitement as players engage with a person and not just a program.

Even better, the app Joyride improves the experience by allowing you to play as a team or challenge your friends one-on-one.

Even activities traditionally seen as solitary pursuits are affected by this trend. Platforms such as Twitch, enable people to watch live video game play and share comments.

All this is leading to a new genre of entertainment: interactive T.V.

Remember those "choose your own adventure" books? Netflix has greatly invigorated that concept onto the screen with their series Stretch Armstrong and the Flex Fighters. Viewers are asked to make decisions as the story progresses, with each decision affecting the outcome. More than just watching tv, you are participating. Plus, the fact that the story is malleable increases the rewatch/replay value.

While the idea has been around for a little while, the spread of texting and ease of mobile connectivity has made this concept much more practical and easier to implement. The clunky, 2002 era, American Idol "phone-in your vote" style has morphed into a smoother system. It's much easier to scale by spinning up a virtual server rather than a switchboard.

Expanding beyond pure entertainment, this concept has been applied to political debates as well. iPowow implemented a live polling feature during debates in the US and Australia thus creating new ways to both engage in the democratic process and gather important data on how voters are feeling.

Of course, that's just what exists now. Imagine what can be built on top of this.

You could add your friends into the "choose your own adventure" scenario and navigate through the experience together.

Augmented reality could project your loved ones onto the couch right next to you so you can watch a movie together (maybe even share the popcorn).

BUT...all that depends upon one very important thing: latency.

Without real-time latency, none of this will possible. Choppy video will impede your "movement" and slow response times will ruin the natural flow of conversation. You don't want to be watching a game with someone who turns to you and says "Did you see that play!?" before it even happens.

Fortunately, we've been thinking about that for a long time. With our real-time latency of under 500ms, we can help you build the future of interactive T.V.

We're very excited about all the possibilities that are opening up so let us know what you'd like to build.

We'll leave you with a quote from Ashley Swartz, the senior VP-ITV practice lead at Digitas.

Interactive television is about engaging with content [on the TV], not the hardware [with which you engage]. The response path is no longer confined to the remote control. In a connected living room, the tablet or mobile device can act as the remote. Tomorrow it will be as easy as 'talking' to your TV or simply gesturing. ... TV is the next great disruptor.