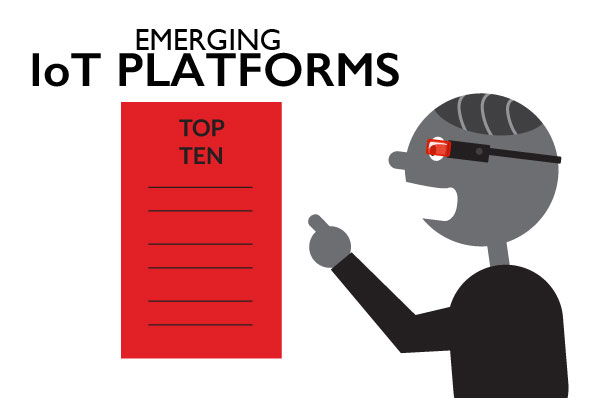 So...what exactly is IoT and what is the fundamental purpose of such technology?

The Internet of Things is one of those buzzwords people like to drop into conversation for effect, even though most probably don’t know what it means. After a bit of searching myself, I found this Forbes article which provides a spot-on definition:

"Simply put, this is the concept of basically connecting any device with an on and off switch to the Internet (and/or to each other). This includes everything from cell phones, coffee makers, washing machines, headphones, lamps, wearable devices and almost anything else you can think of. The IoT is a giant network of connected “things” (which also includes people). The relationship will be between people-people, people-things, and things-things."

The Progenitors of the IoT Revolution

In saying that, we figured we'd put our fascination of IoT to work by compiling a list of our favorite IoT companies with streaming functionality that are pushing the known boundaries of connectivity. Without further ado, here they are.

i-Bell: How often have you missed a package delivery or the doorbell has rung just as you are in the bath, busy cooking or about to do something else out of earshot of the doorbell? i-Bell solves this problem by allowing users to respond to someone at the door from anywhere in the world from a smart device. Talk about a great way to avoid pamphlet peddling salesmen without even going to the door.

Solo Shot: Solo shot is a handy IoT action camera that automatically points at you while you surf, snowboard, play soccer, film documentaries and lots of other outdoor activities. Editing film clips is a time-consuming process; luckily Solo Shot has you covered with its intelligent editing software that finds highlights without you having to sort through hours of footage.

Librestream: Librestream develops mobile video collaboration solutions for energy, field service, manufacturing, and public sector industries. The software and smart camera create a live virtual presence for remote experts to assess environments and troubleshoot equipment with the accuracy needed to make decisions on the spot – all from a secure and collaborative mobile video platform.

Prism Skylabs: Prism is a cloud-based service platform that transforms video cameras into visual merchandising, auditing, and business intelligence tools to deliver data-driven insights. Access all of your remote locations in real time via Prism's IoT management software to stay on top of your logistics and optimize your business.

FLIR: Flir calls themselves "the world's sixth sense" and their innovative IoT platform backs up this claim with a diverse technology stack that enhances perception and awareness for everyone from the individual consumer to large military and defense organizations. Flir's mobile thermal imaging app and wireless video monitoring system help improve the way people interact with the world around them, enhance public safety and well-being and increase energy efficiency.

JIBO: Jibo is a social robot that can be used as a personal assistant, digital companion, and cameraman. It leverages artificial intelligence to learn about an individual's daily habits and preferences in order to recognize and track faces, help with daily tasks, remind you of upcoming events and even engage in friendly conversation. Additionally, Jibo's SDK allows developers access to build on the existing product and boost Jibo's core functionality.

August: August is the maker of the August Smart Lock, the safe, simple, and social way for people to share access to their home. Similar to i-Bell with its doorbell cam, August also allows you to create virtual keys for guests and lock/unlock your door with a simple click of its smartphone app. Think of how many times you've been helplessly locked out with no key or friends to help--problem solved with August!

Owlet: Though audio/video baby monitors are nothing new, Owlet has taken this simple task to the next level through its "smart sock" IoT technology. The sock serves as a pulse oximetry sensor similar to those found in hospitals which monitors a baby's heart rate and oxygen levels, providing the data to parents in real-time via its mobile app. Though your newborn will still keep you up all night, Owlet provides some much-needed peace of mind.

Drone Deploy: DroneDeploy is a mobile smart drone management platform that helps users get tasks done using drones. With DroneDeploy's app connected to your drone, you can make and augment flight plans, automate takeoff/landing and image capture, live stream drone footage to your phone and map large areas for topography, crop management or general surveying. Best of all the aerial data is captured as a high-res 3D map that is easy to share and manipulate with your team.

Avegant Glyph: Ever feel limited by the platform on which to view your content? If you're not in front of a movie screen or Smart TV, you most likely have felt this sense of disappointment over lack of visual quality. Avegant has attacked this pain point head on; the Glyph mediawear is the world’s first personal theater designed with lightweight portability, rich audio and amazingly precise video. Instead of a screen, Avegant developed a cutting edge display that uses Retinal Imaging Technology to deliver an unprecedented and dynamic viewing experience. Check out their short demo below:


Last But Not Least: An IoT Company That We Want to Have Streaming Functionality

Bluesmart: Bluesmart develops and sells smart connected travel products combining hardware and software. The company created the world's first smart connected luggage. Imagine the day where you never have to worry about lost luggage again--that day is now. Wouldn't it be even cooler to view your bag in real-time via a POV stream to catch a potential thief in the act? Perhaps we'll see this in Bluesmart 2.0!

Have any other streaming-enabled IoT companies that we should be following? Let us know!