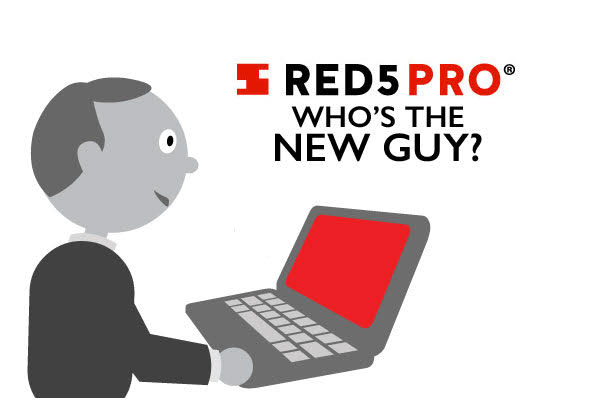 Today, we’d like to introduce the newest member to the Red5 Pro team: Dima Nazarenko. Dima is our Director of Technical Sales & Solutions Engineering, a title that hints at his multifaceted abilities as both a solutions architect and sales executive. His experience enabled him to compile a deep understanding of software architecture and delivery networks. We are very excited that he has joined us and look forward to the valuable improvements he will bring.

A constant learner, Dima’s drive for knowledge led him to Red5 Pro. With his 10+ years of experience with the CDN industry, our market leading, sub 500ms latency caught his curiosity.
Though it’s only been two weeks, he has already gained a solid understanding of our offerings and identified tweaks that will bring our platform closer to perfection.

It was this inquisitive nature that propelled him forward. First discovering his affinity for computers at the age of 10, he eventually moved from Ukraine to Israel where, in addition to learning Hebrew (his second of three languages), he performed technical repairs at a computer shop.

Upon moving to the US, he joined a web hosting company. Despite the small team of 12, they eventually managed over 7,000 servers. Obviously, he’s no stranger to growing startups. Good news for us!

It was at Edgecast, that Dima started developing his knowledge base around CDNs and cloud hosting. Despite being unfamiliar with media delivery, he learned all he could (notice a pattern yet?) about cloud architecture in general and cybersecurity specifically, and worked up to the rungs of the support team to eventually head the department. Seeking a new challenge, Dima then advanced to sales where his fluency in Russian, Hebrew, and English helped increase their reach. Additionally, his familiarity with different cultures (having lived in London for a time as well) provided additional insight to close deals. Again, something else that we are very excited about (yet another pattern there, as well).

Of course, all that dedication to growth and learning can result in long days at the office, something he likes to counterbalance by keeping a healthy lifestyle. He also enjoys traveling and the culinary adventures that come with that. In fact, he likes traveling so much that he will be commuting to the Red5 Pro office in Boston from his home in LA (in two week stretches, of course).

Teleworking or not, we know that Dima will help continue the growth of Red5 Pro. Though the Boston winter has been less than inviting, we are certainly very excited to have Dima and his inquisitive mind join the team. Welcome, Dima!