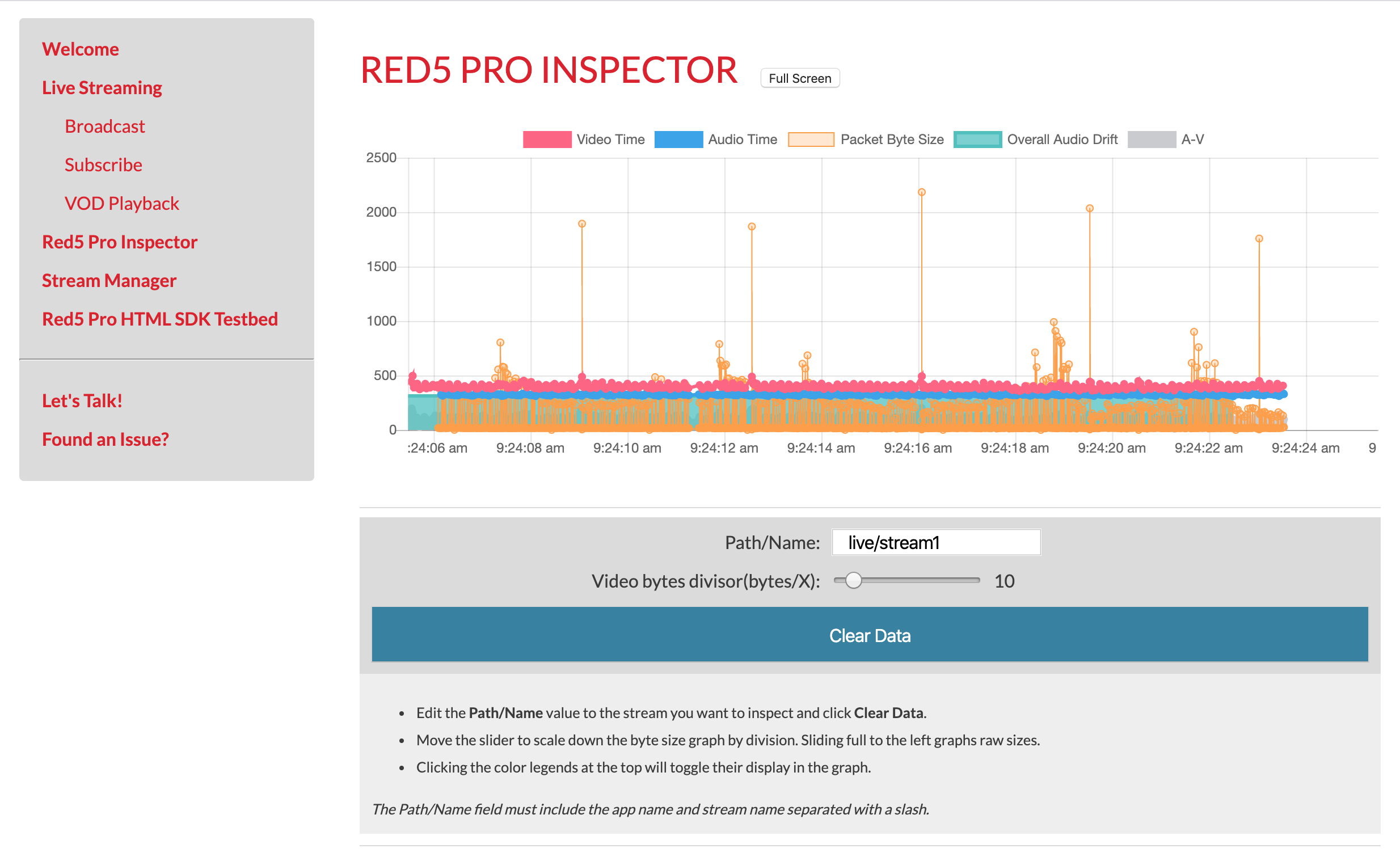 The inspector evaluates the latency of a publisher.

The server measures how early or late the media packets are. Ideally Video Time and Audio Time would be flat lines at zero, with a drift of zero.

Clicking the color legends at the top will toggle their display in the graph.

The inspector gets a list of JSON objects from the server at regular intervals. The graph is made up of just a few useful models.

The complete list of JSON values per packet is:

The polling cache at the server only holds 149 packets. Video frame rates from 10 to 60 may see a shorter but more dense graph as they get higher.