Figure 1 shows an overview of the system when different variants of the same stream are published using a media encoder, such as Wirecast or FMLE, which can publish multiple profiles of the same stream. The process works as follows: 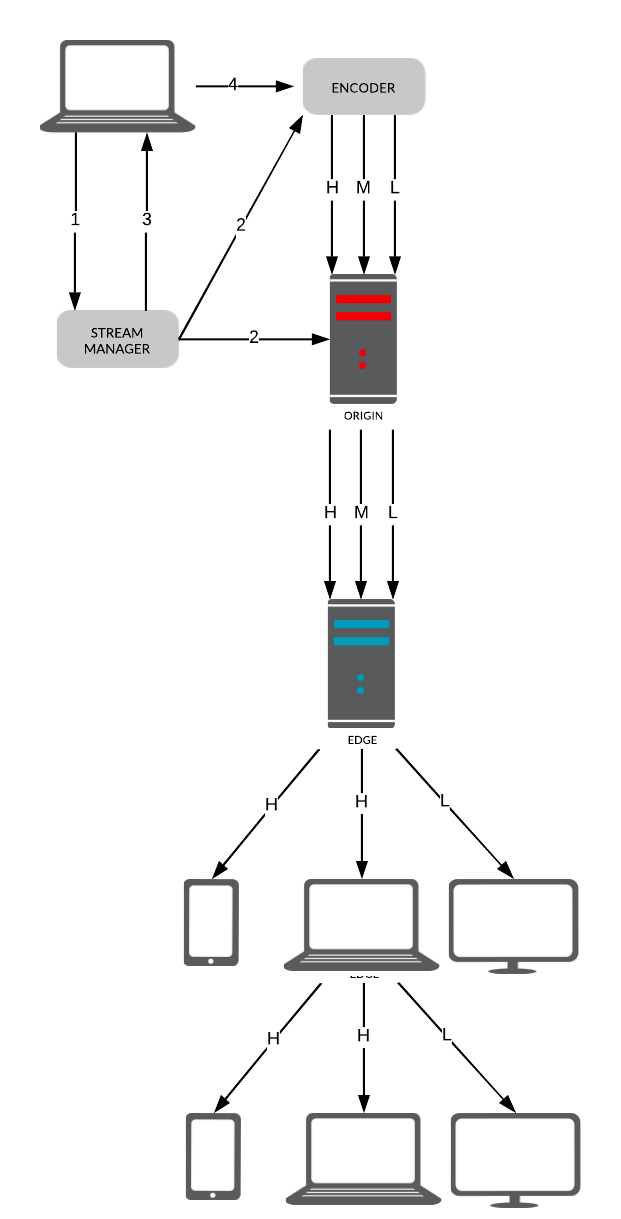